This collection evolves around the concept of transformation from rigidity to movement; hence the mutation of matter into ideas through a creative process. Expect the unexpected! Purposely dramatic and almost cinematographic, the designs operate like a mirror display of the duality and antagonism (or let’s say the fragility & strength) inherent to our human condition and deals with our relationship or interaction to the world. The designs unbolt a 3 D stage like atmosphere to carry out a choreographic performance that isn’t pretty or luxurious by any traditional sense but part of an intellectualized message. Here, soft meets hard in a creative cataclysmic explosion of monochromes in black, white and metallic shades of grey; resulting in a series of full-on sci-fi stellar chic silhouettes with striking ”De Luxe” futuristic detailing. 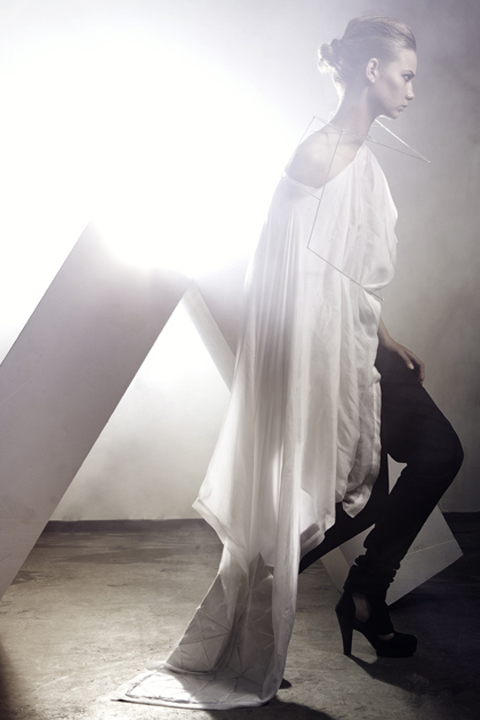 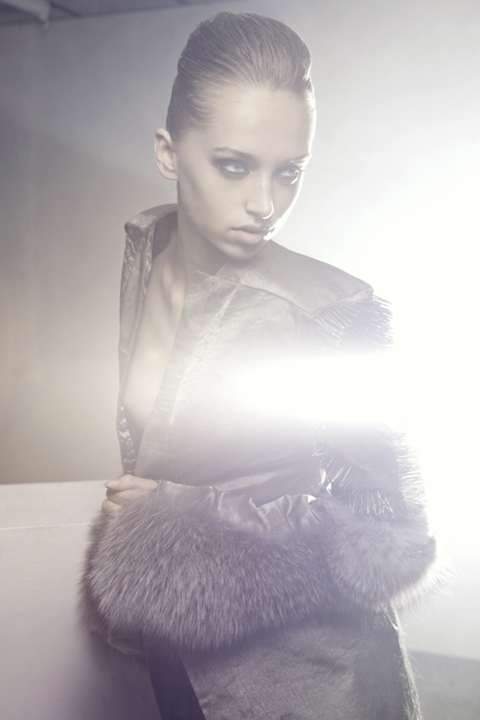 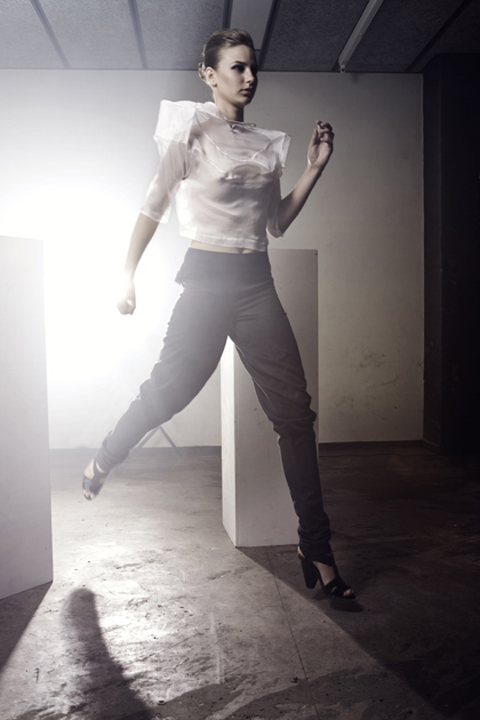 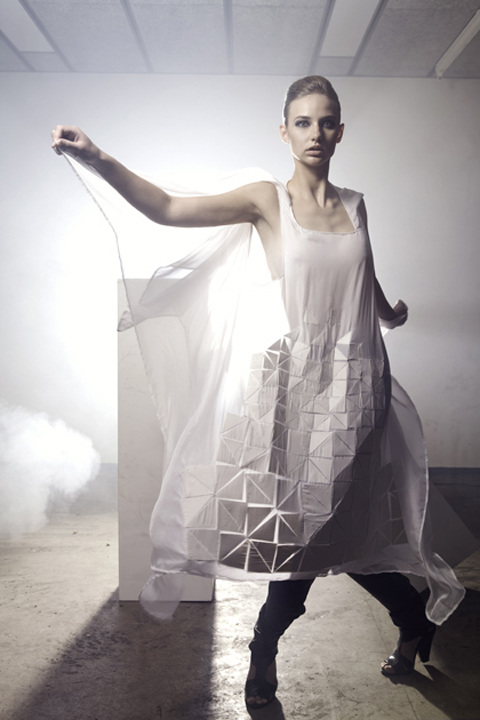 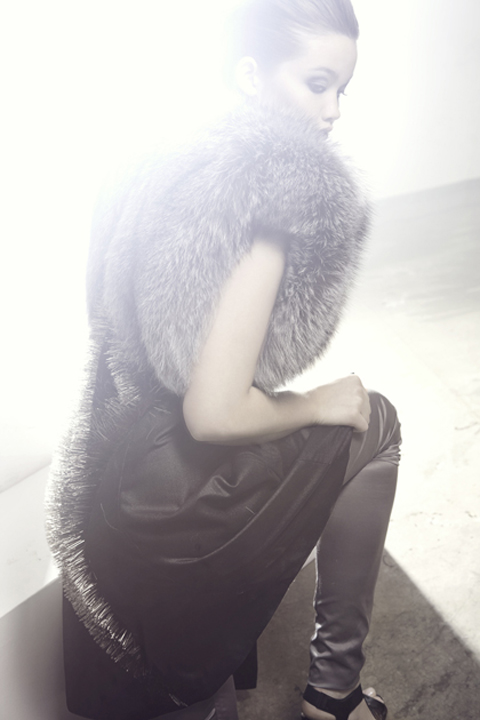 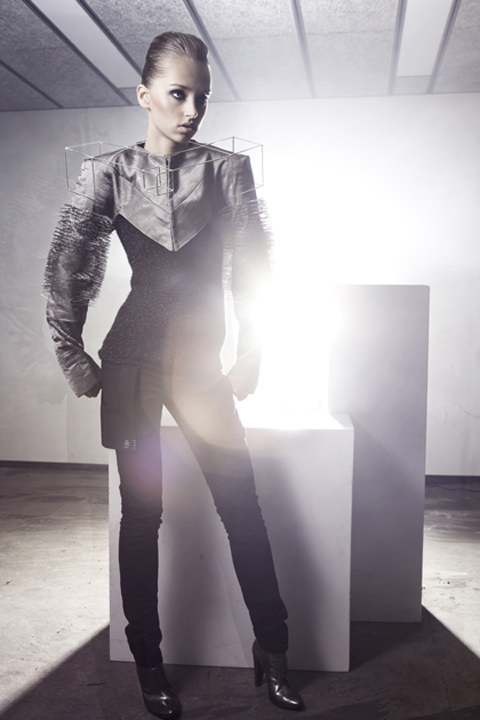 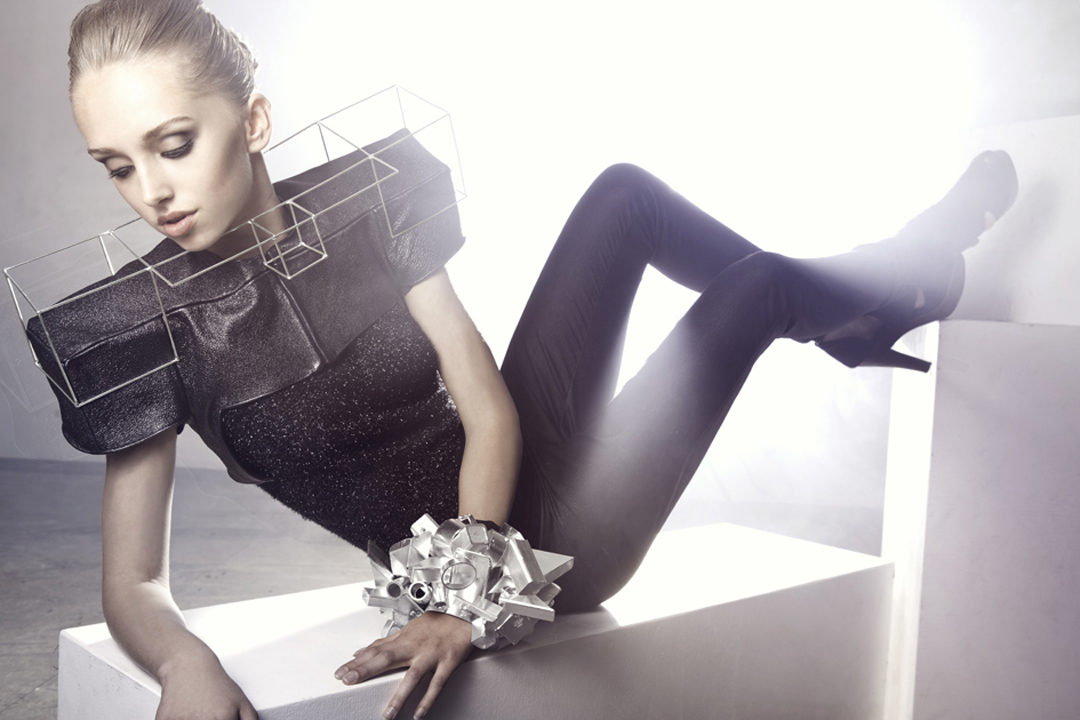 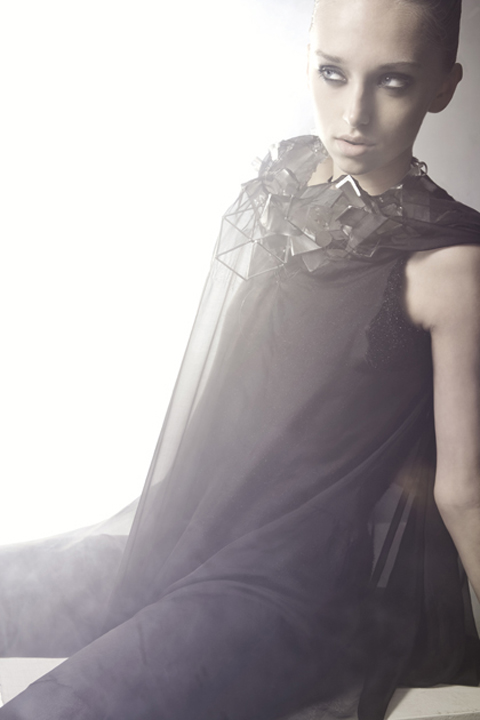 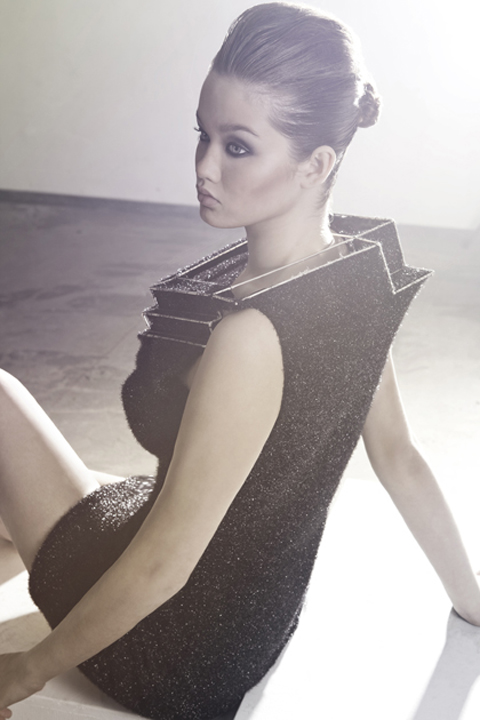